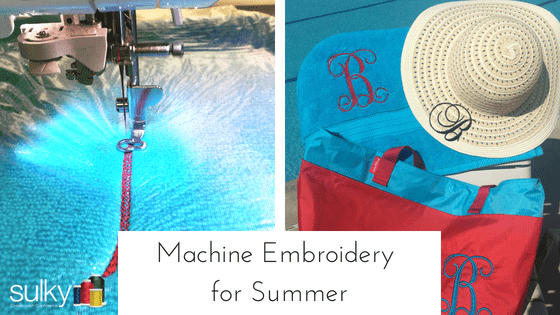 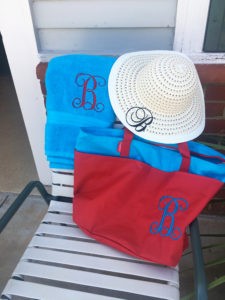 I recently met a friend who is not from the South and the concept of monogramming everything you own was completely foreign to her. As a G.R.I.T.S. (Girl Raised In The South), I explained the importance and beauty of having everything monogrammed. And yes, I do mean everything. 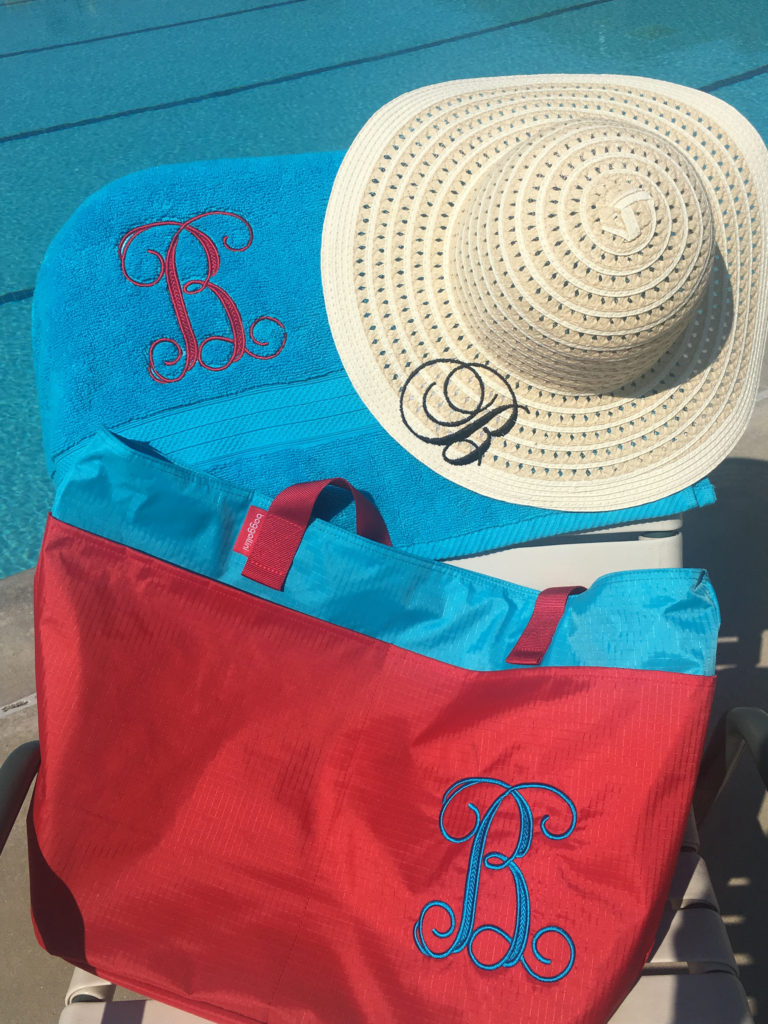 The wonderful thing about monograms is they are an easy and elegant way to personalize a gift for someone. I decided to make a summer care package, including a monogrammed bag, towel, and beach hat, for my friend using several of the tutorials on this blog! 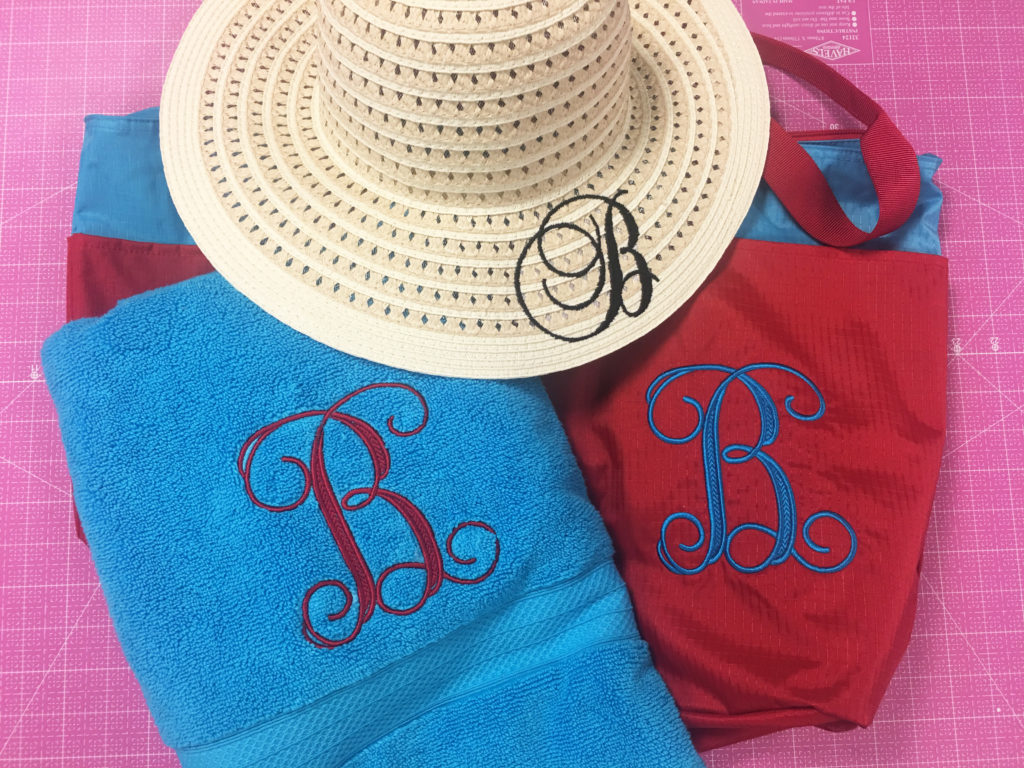 It’s easy-peasy to perfectly monogram a towel. Here are my quick and easy steps:

The hardest part of this project was figuring out exactly where I wanted the monogram. I chose to center it on the right side pocket. Here are my steps: 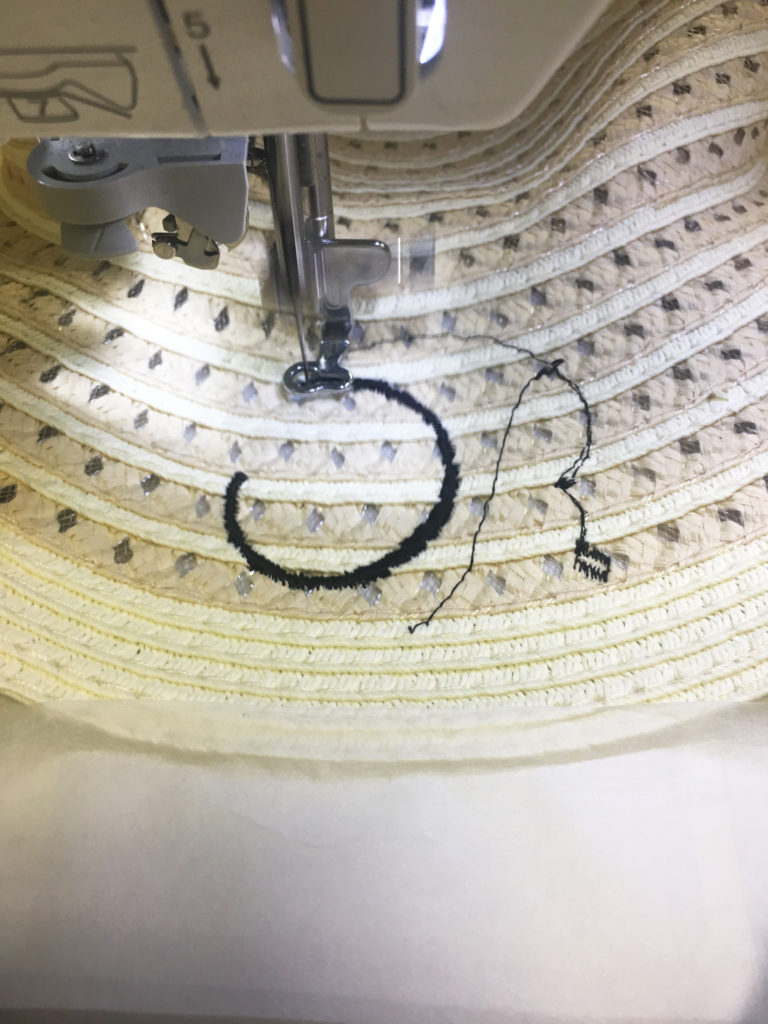 I did this exactly like this tutorial. My only change is instead of using blue tape to secure the hat, I used a scrap piece of Sticky + to secure the hat. I used Sulky 40 Wt. Rayon on top and Sulky 60 Wt. PolyLite in the bobbin (PolyLite is my go to bobbin thread because it works with all the threads I use). 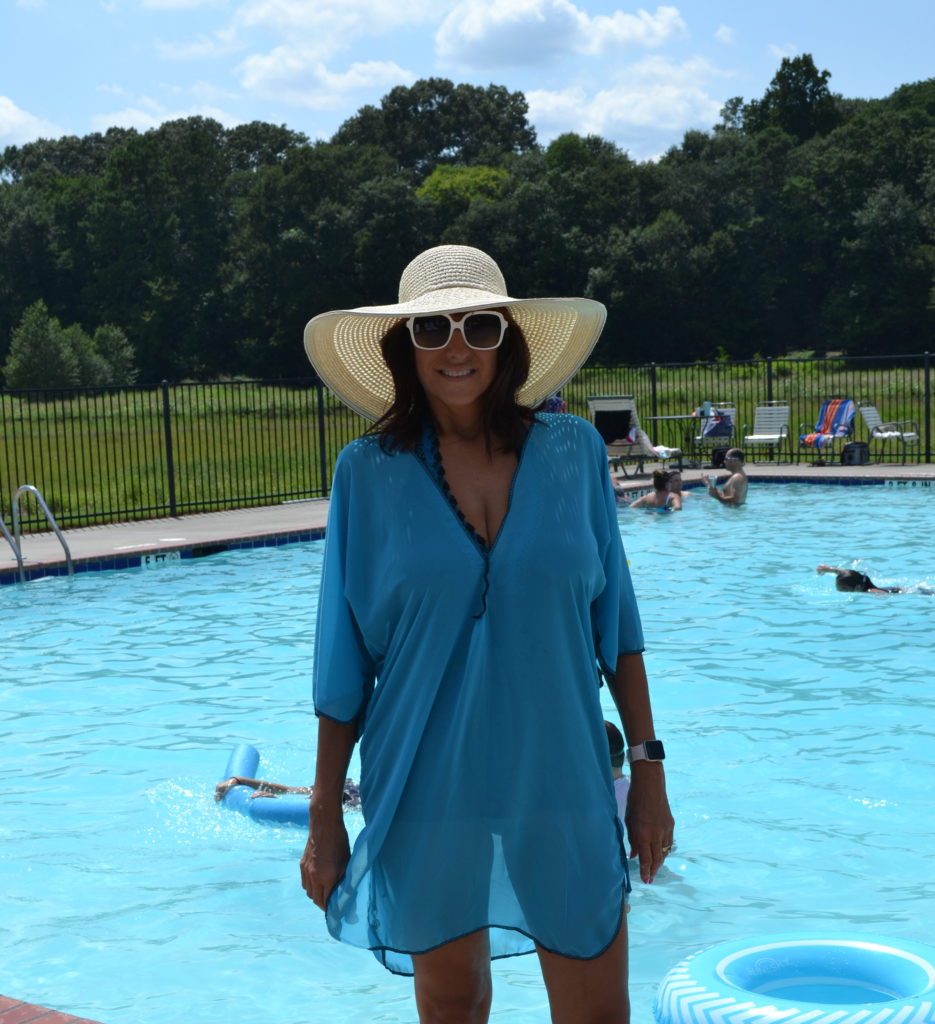 If you are looking for something to complete this set, try making this Beach Cover up! The free pattern is here. 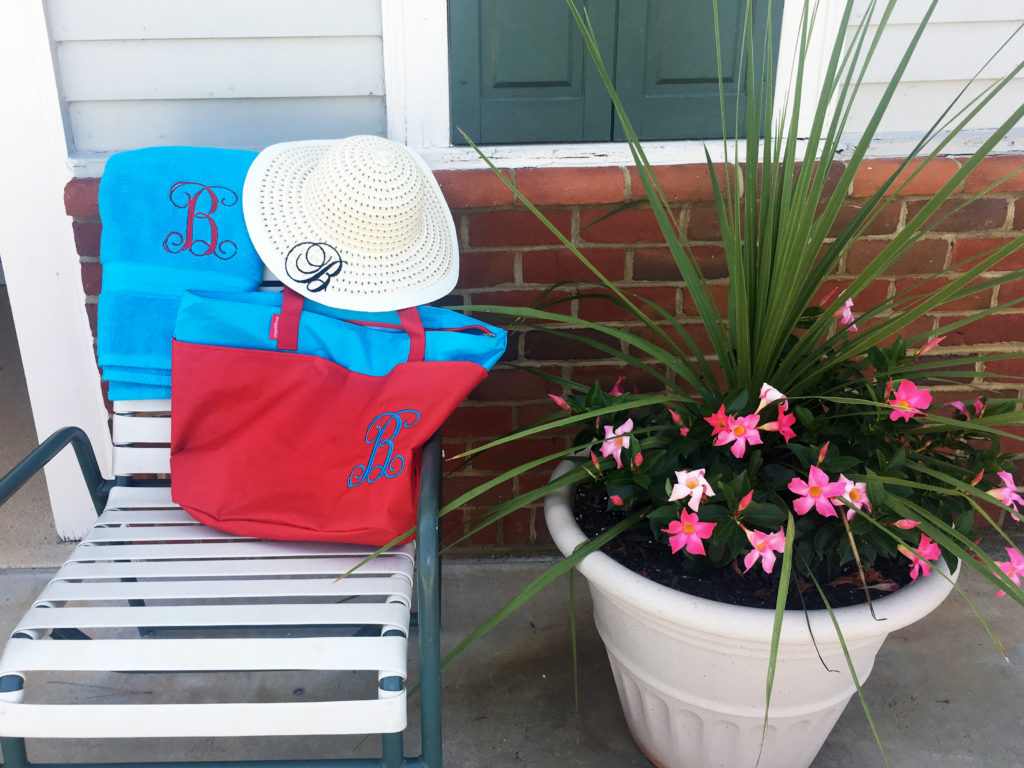 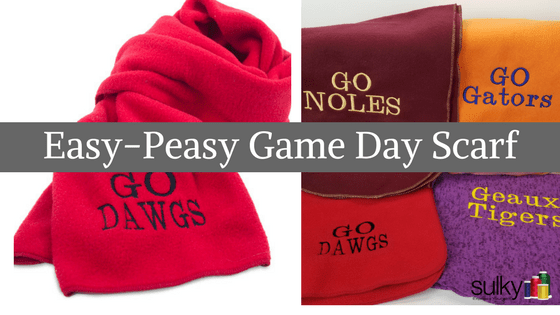 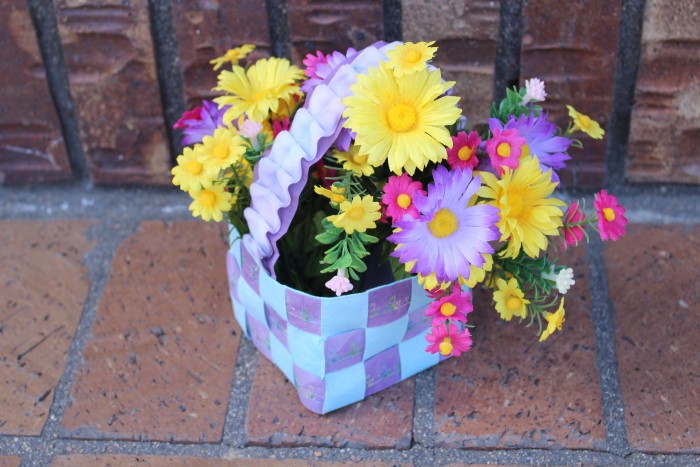 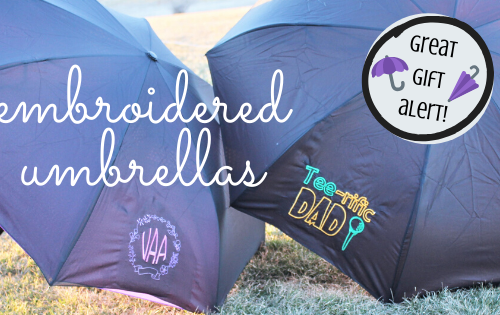