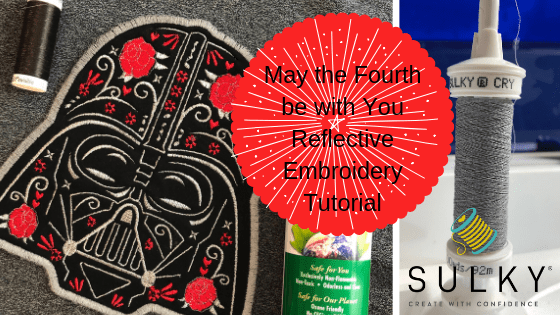 On this “Star Wars Day,” I thought I’d bring you a tutorial on reflective embroidery. Our new CRY® reflective thread is a super cool product that’s great for designs like the Darth Vader featured here. 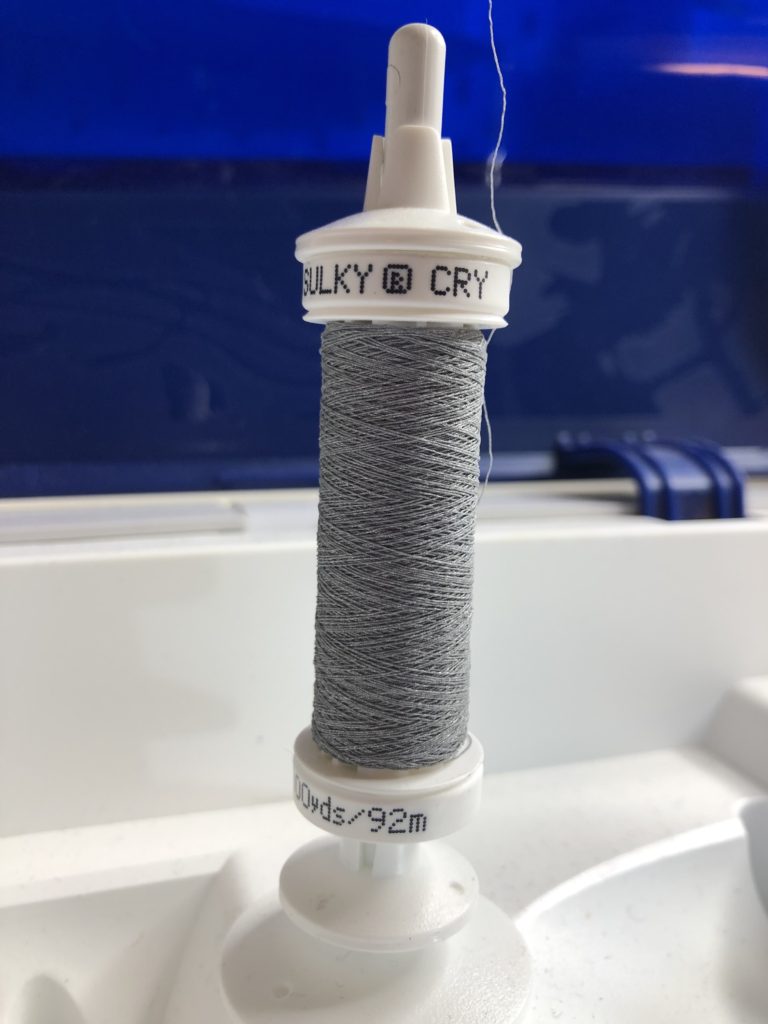 What IS reflective embroidery thread?

The thread does not glow, but rather reflects light, so it’s also great for adding a monogram to a jacket or topstitching on running shorts–for anytime you’re out exercising in the dark; camping and want your children to be easily seen; walking with your dog after sundown (add an embroidered collar or topstitching on a leash!).

If you want to get technical: “Thousands of microscopic glass beads encase the reflective thread that consists of a polyamide core and a polymer coating, ensuring the adhesion of the reflecting glass beads on the thread.” Phew!

How to Sew with Reflective Embroidery Thread

As this unique thread has actual glass reflective beads, I recommend the following tips for reflective embroidery:

I also recommend to use the thread sparingly for reflective embroidery. The design I chose had more than 35,000 stitches. I only used the reflective thread for the outline and the light line-art stitching on the flower details. I did NOT use it in the bobbin–no sense in wasting it there! I used a black bobbin for the entire design and Poly Deco thread for the red roses and flowers. 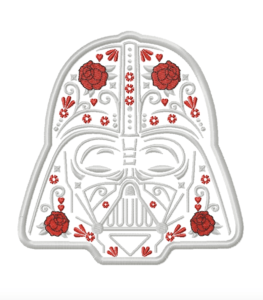 The featured design is from TimeStitchShop on Etsy and is called: The Dark Side Applique Embroidery Design. It comes in three sizes. I chose the largest, 7″ size for my son’s sweatshirt.

To stabilize the knit I used for the reflective embroidery, I first hooped a layer of Sulky Sticky Plus. Then I fused a layer of black Sulky Totally Stable stabilizer to the knit wrong side before placing it onto the Sticky Plus in the hoop. 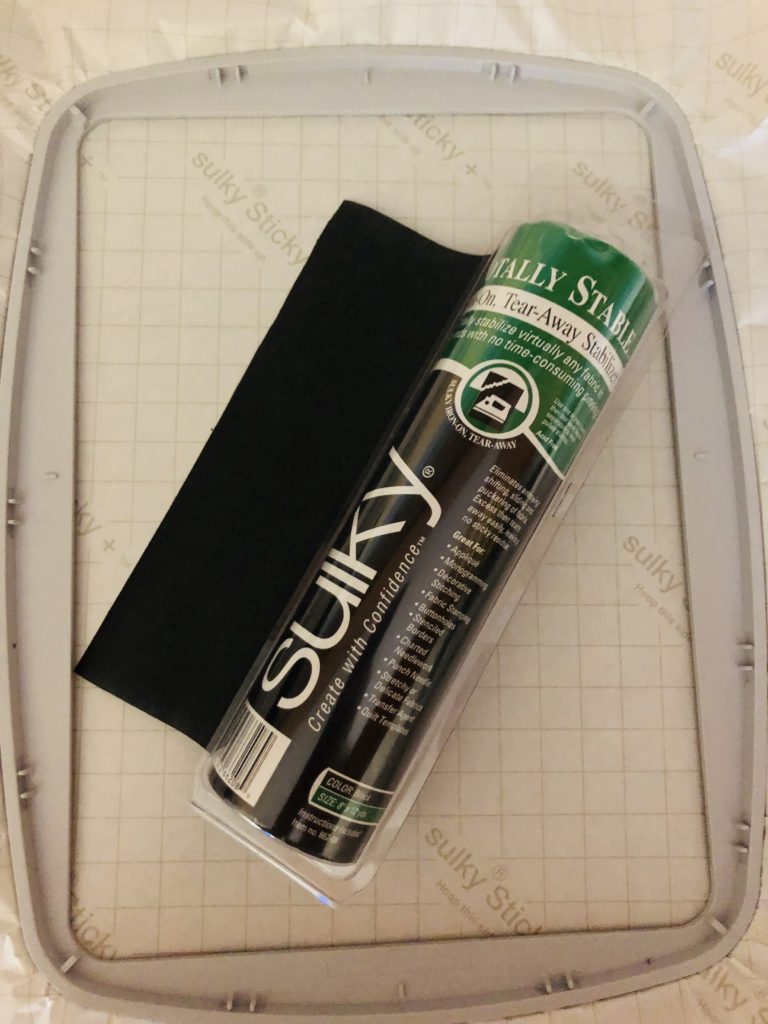 You can certainly place your sweatshirt onto the Sulky Sticky Plus and embroidery the design directly onto the sweatshirt. I wanted a different color knit than what my sweatshirt was made of, so I made a free-standing appliqué and sewed it to the sweatshirt afterwards.

I used a 90/14 Organ embroidery needle for the reflective embroidery. 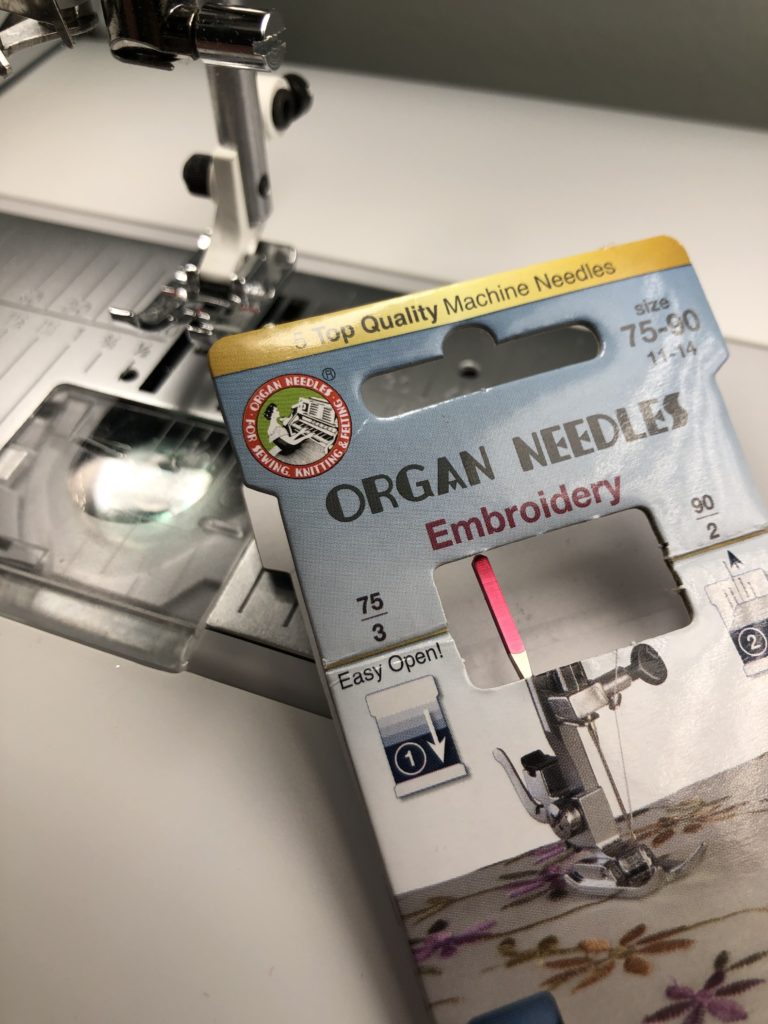 After the first thread color, use appliqué scissors to trim the fabric just beyond the stitching, getting as close as you can without accidentally cutting it. 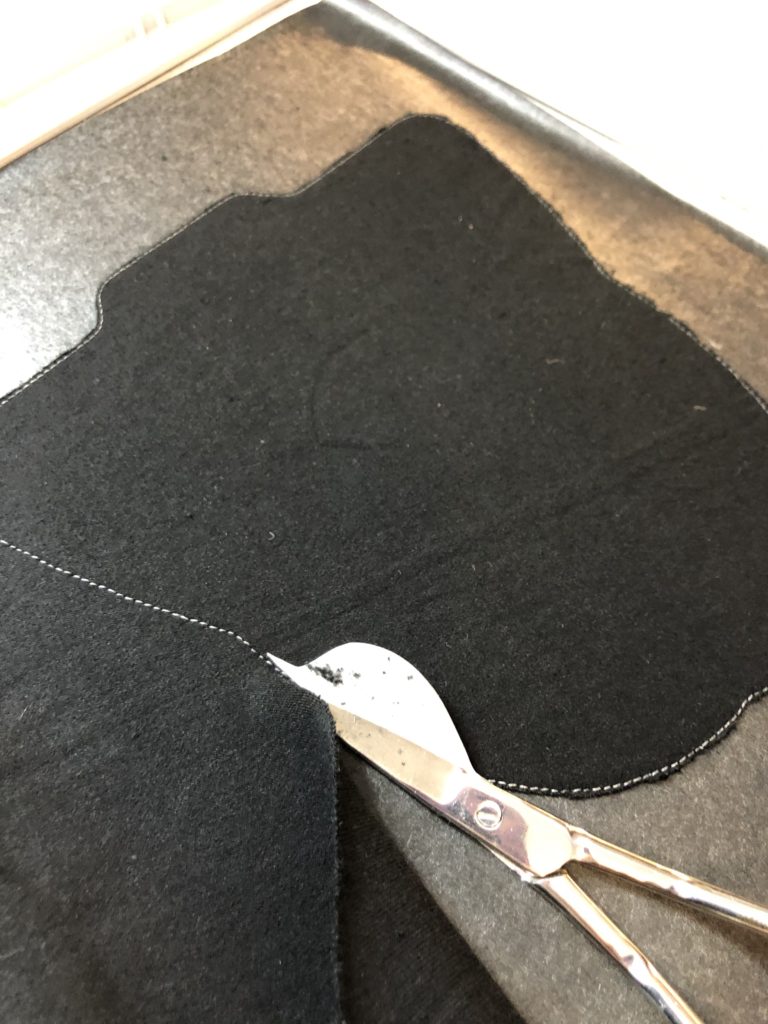 Use the CRY reflective thread only for the outline satin stitch, with black bobbin thread in the bobbin.

Proceed with the rest of the embroidery instruction.

Place the finished appliqué onto a sweatshirt back where desired. Use KK 2000 Temporary Spray Adhesive to secure the appliqué. 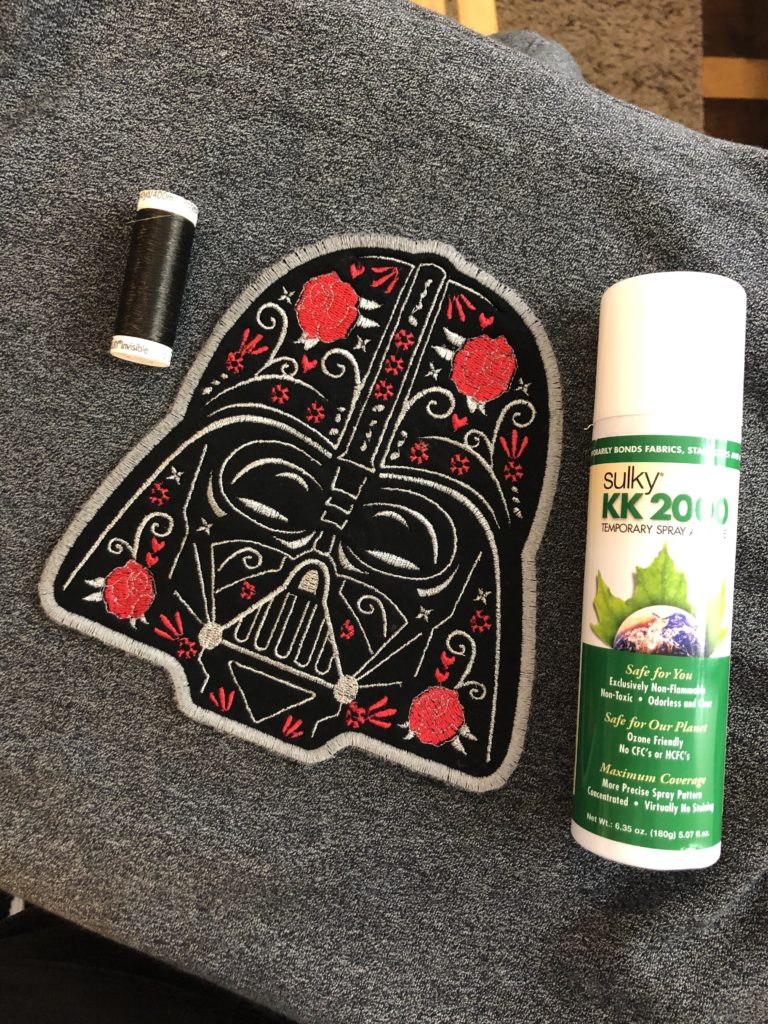 Load the machine with Smoke invisible thread in the needle and bobbin (Wind the bobbin only partway.).

Switch to sewing mode and sew the appliqué to the sweatshirt, stitching just inside of the CRY thread outline.

It’s difficult to take a photo in the dark to see the reflective embroidery, but it really does have a cool effect!

Try it for yourself, and May the Fourth be with you! 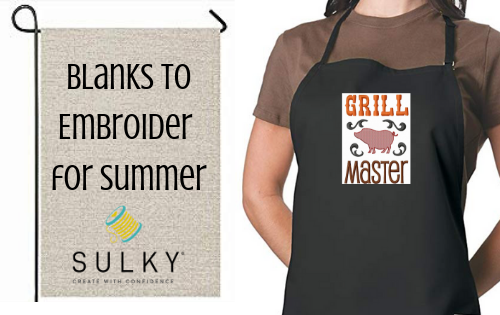 3 Outdoor Embroidery Projects to Make in an Afternoon 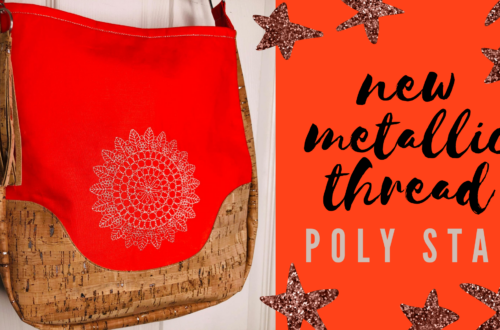 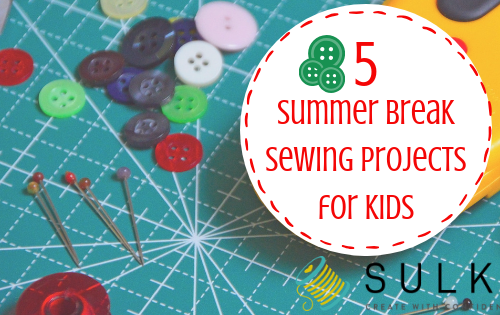