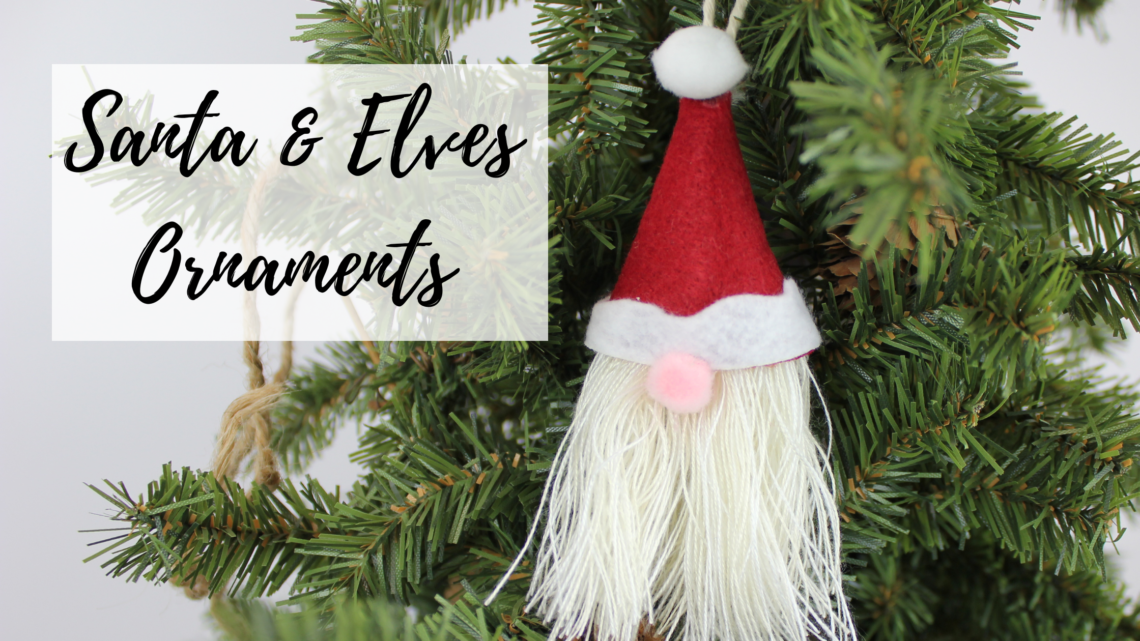 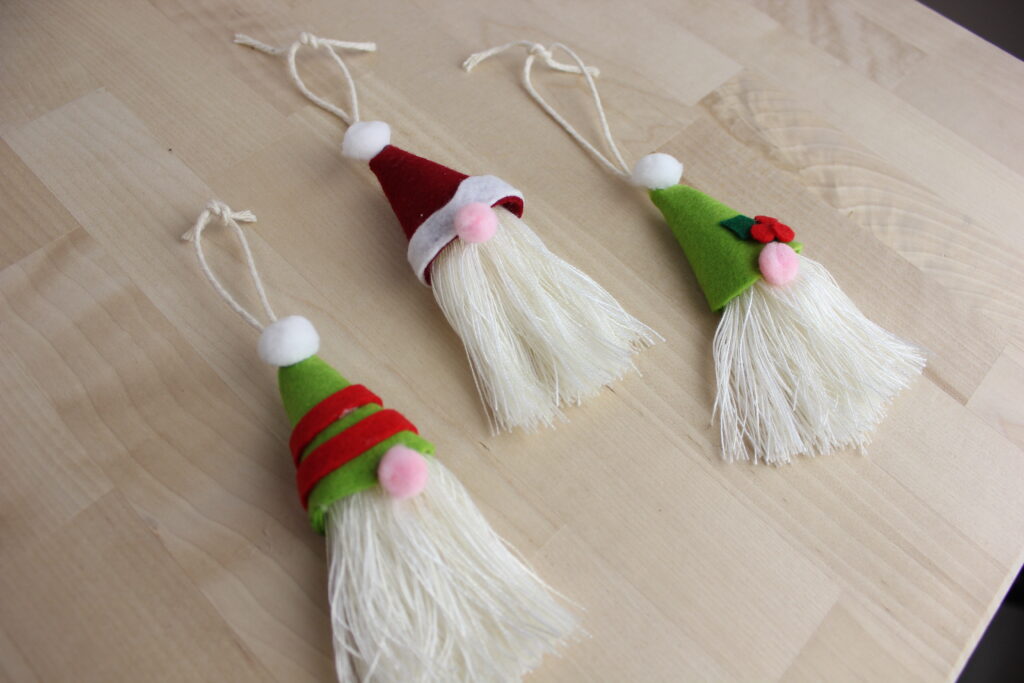 Santa and elves make great ornaments when paired with Felty and Filaine! Get crafty for the holidays and whip up a few fun ornaments using these templates and jingle bells for a bit of whimsy. 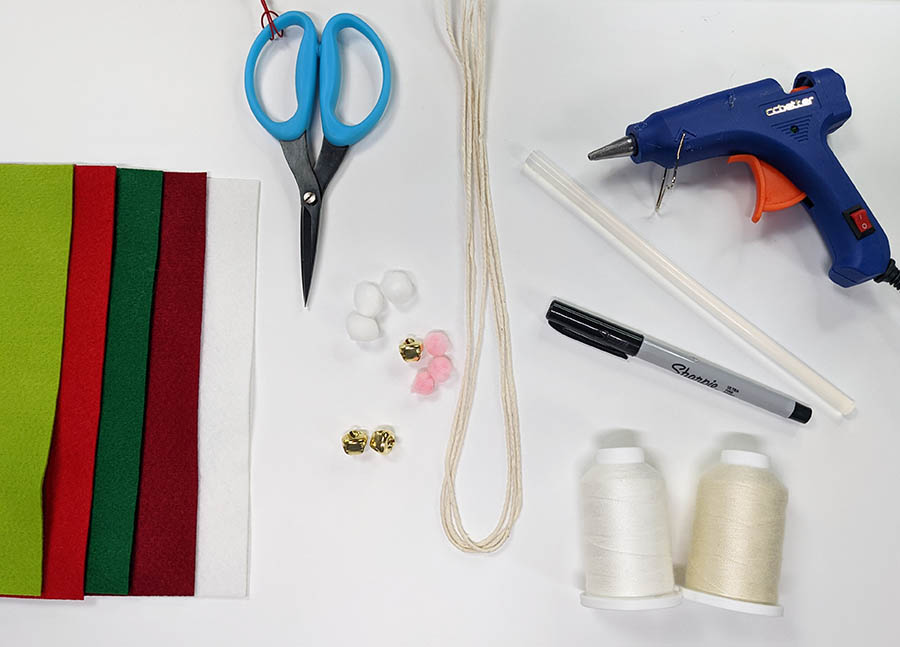 Slide one ½” Jingle Bell onto one 28” piece of string. Slide the bell to the center of the string. Repeat with the remaining two bells and strings. Set the Strings aside. 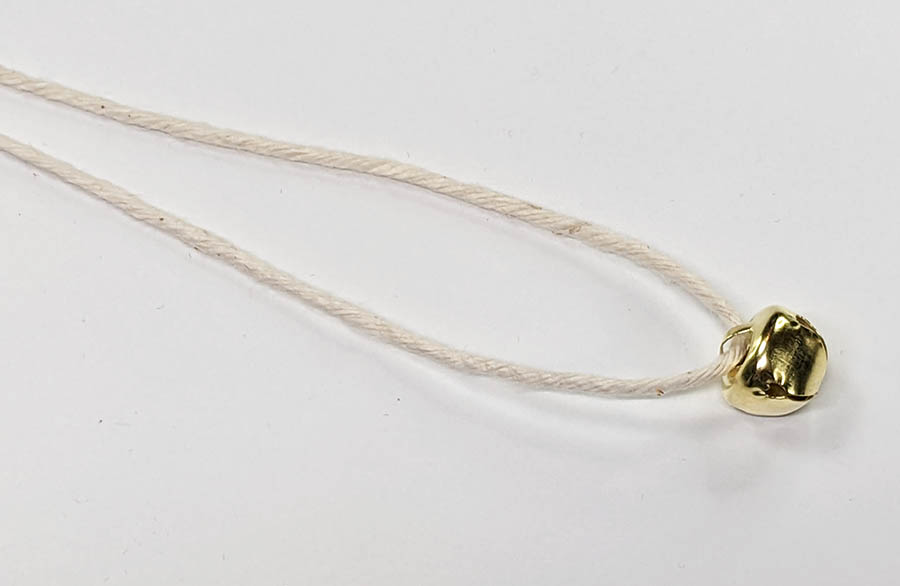 To make the beard, unwrap the thread end from both spools of Filaine threads and wrap them around your hand as shown. Keep your fingers slightly spread apart as you wrap to keep the wraps even. Wrap both threads at the same time around your fingers (100) times to create a nice full beard.

NOTE: The Bell at the center of the string should now be in between the wrapped threads as shown.

Carefully cut through the loop the wrapped threads, opposite from the bell to create a beard tassel.

Place the Dark Red Sulky Felty Hat piece from Step 1 on a flat surface. Place one Beard Tassel on top of the hat piece to position the strings in the center of the hat piece. 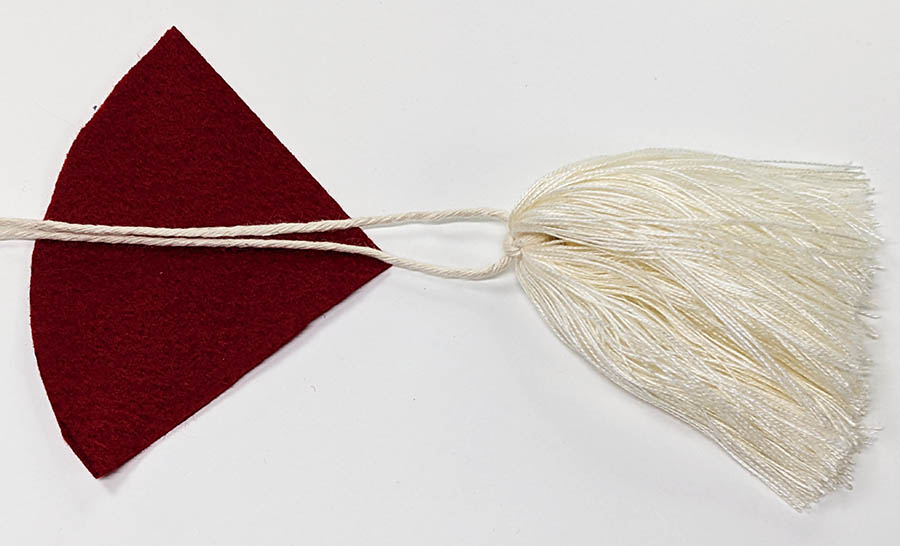 Bring the bottom corner up to the center of the top straight edge. Carefully roll the hat piece around the strings to create a cone. Glue the outer edge of the cone in place to form the hat. NOTE: The bottom of the cone will be uneven at this point.

Hold the Hat by the point and trim the wide edge of the cone even with the shorted side of the cone to create an even edge around the hat to make the Santa Hat. Be careful not to cut the string with the bell in this step. 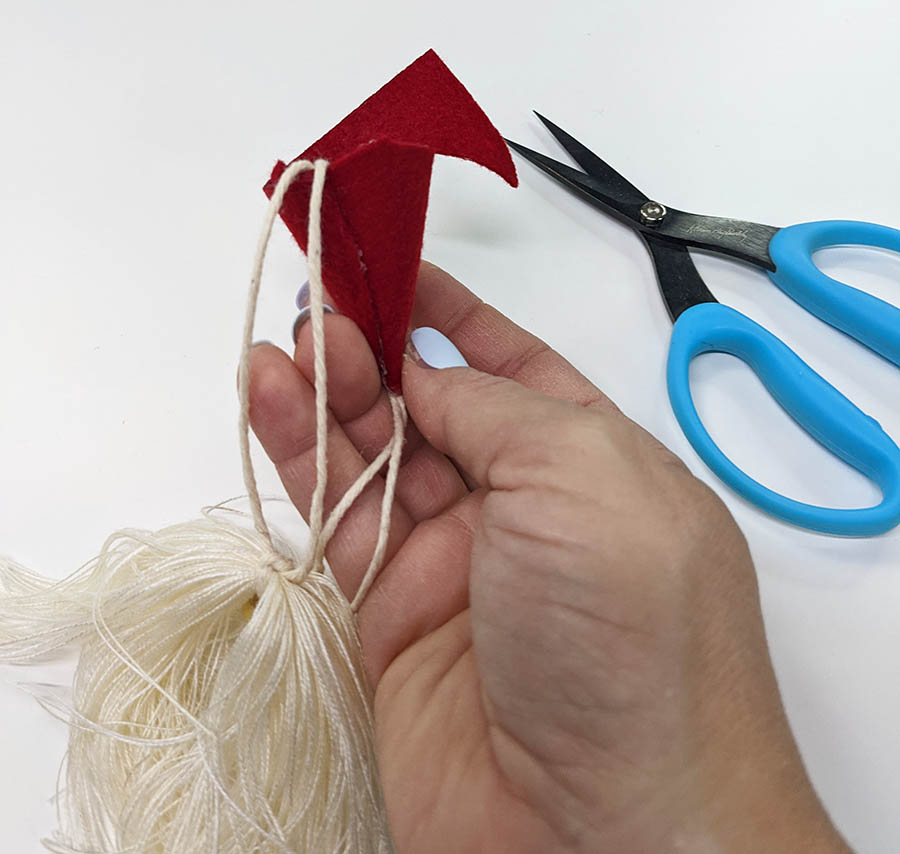 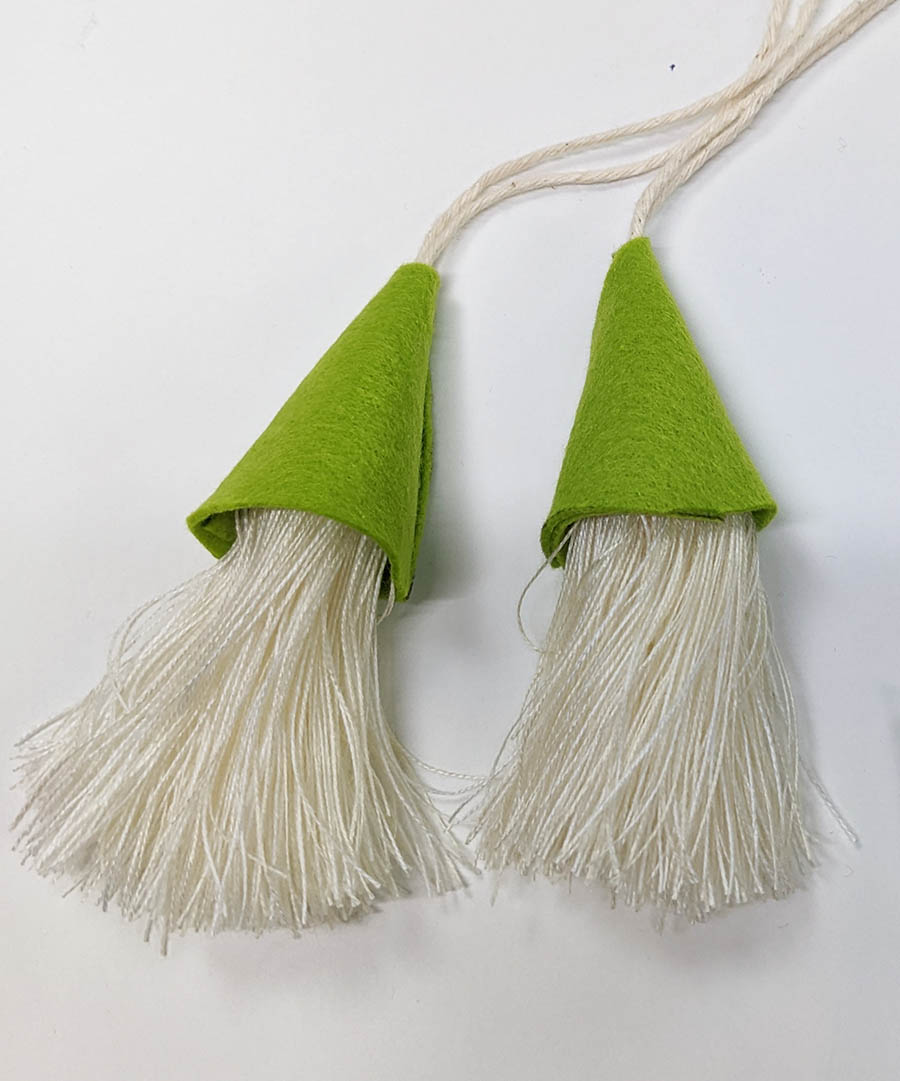 Slide the hat down so it fits snuggly over the beard tassel to create the Santa Ornament.

Position (1) ½” Pink Pom Pom on the front of the Santa Ornament so it is overlaps the hat and the beard. Glue the Pom Pom in place. 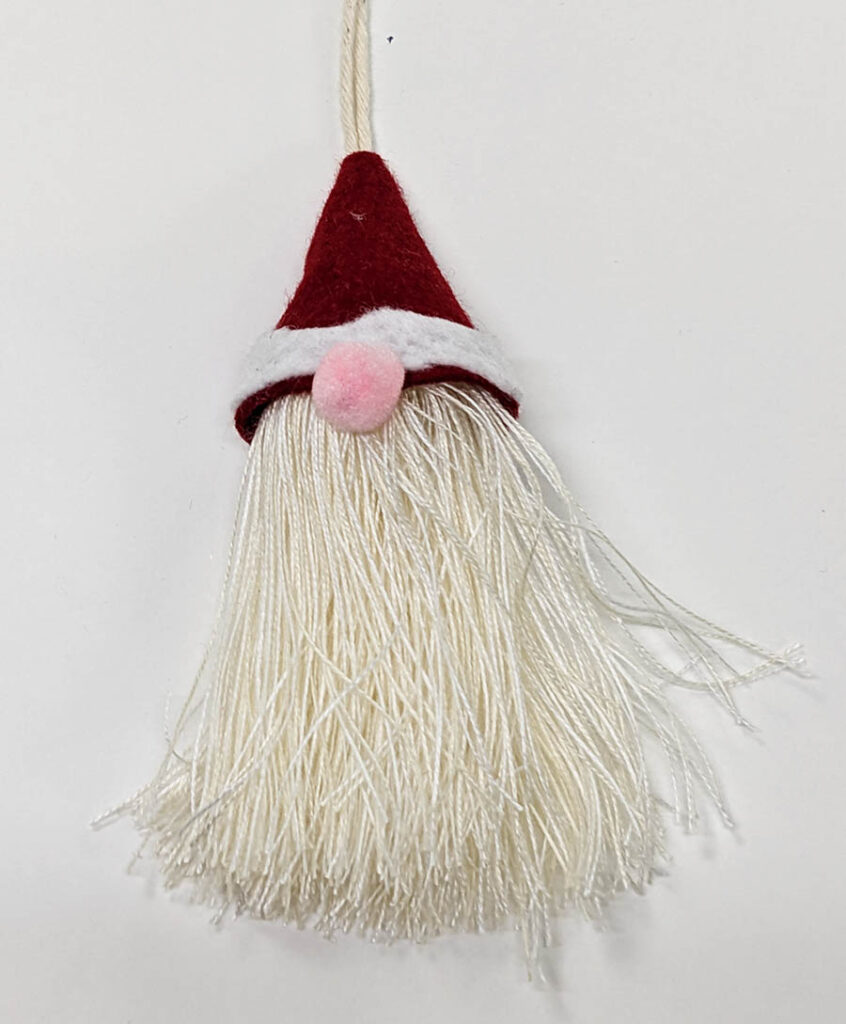 Position (1) ½” White Pom Pom at the top of the Hat and glue in place to complete the Santa Jingle Ornament. 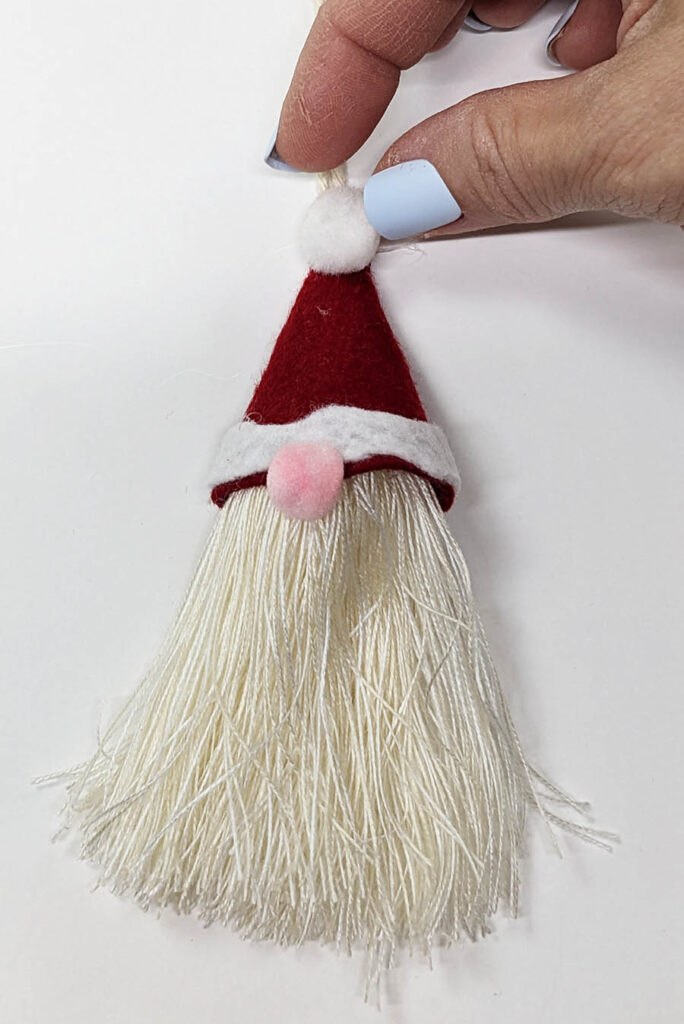 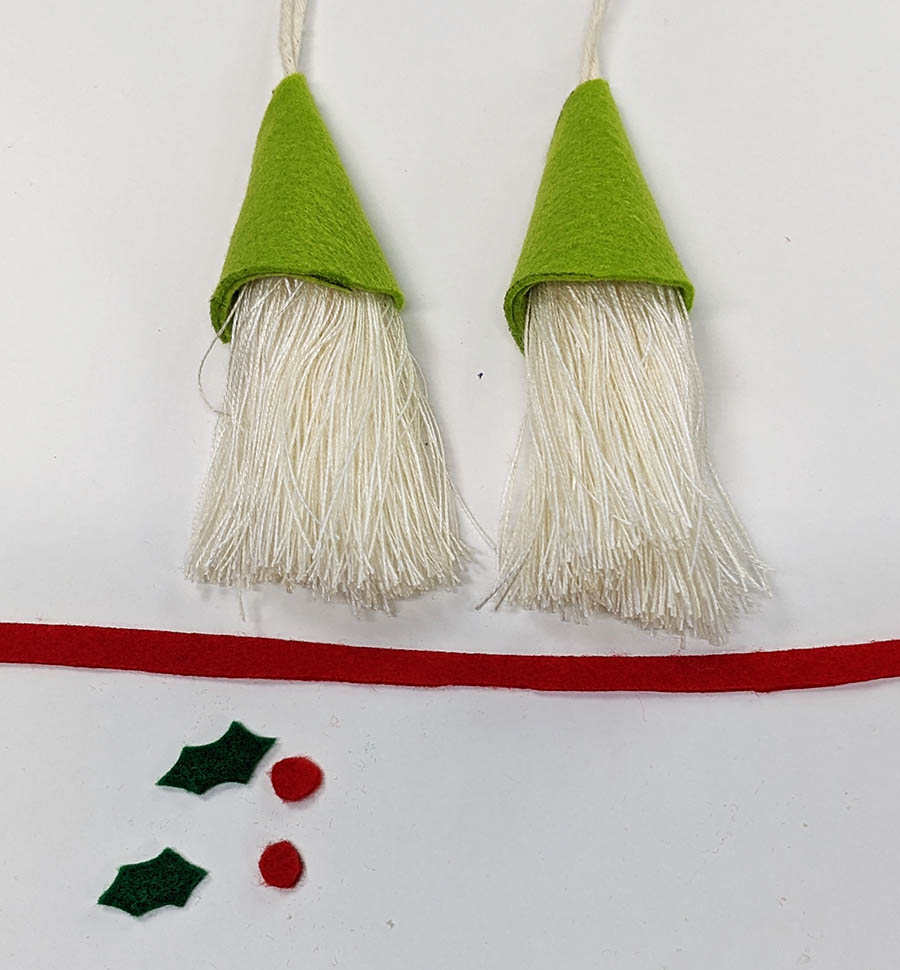 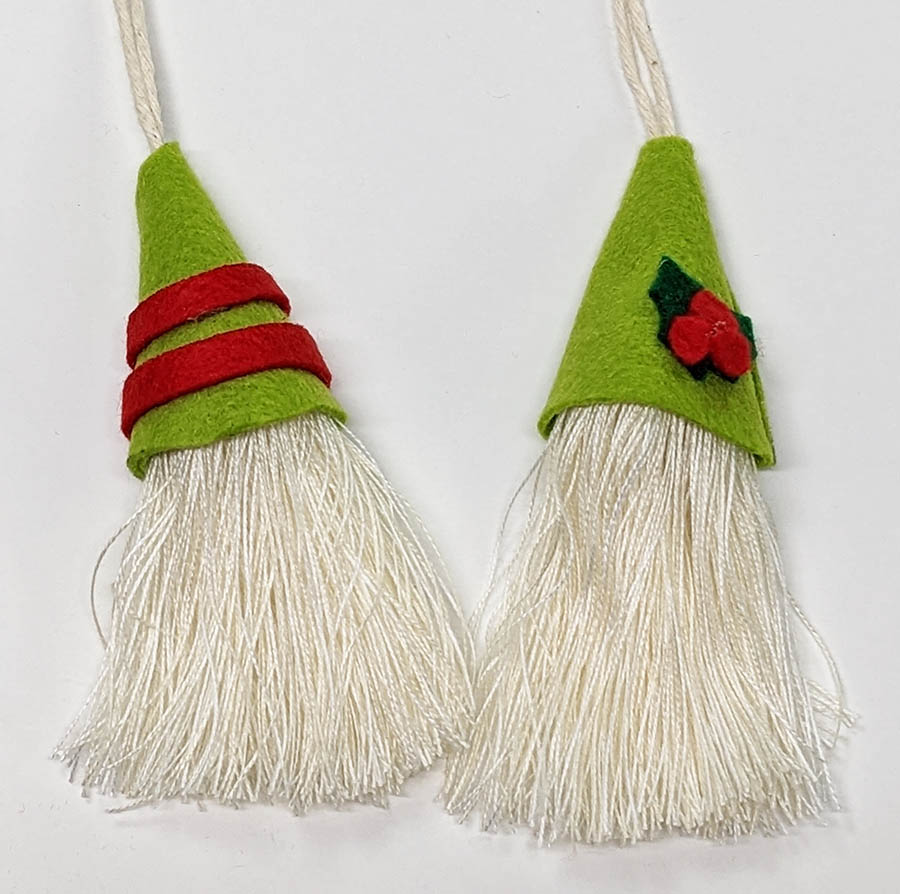 Slide each Elf hat down so it fits snuggly over the beard tassels to create the two Elf Ornaments. 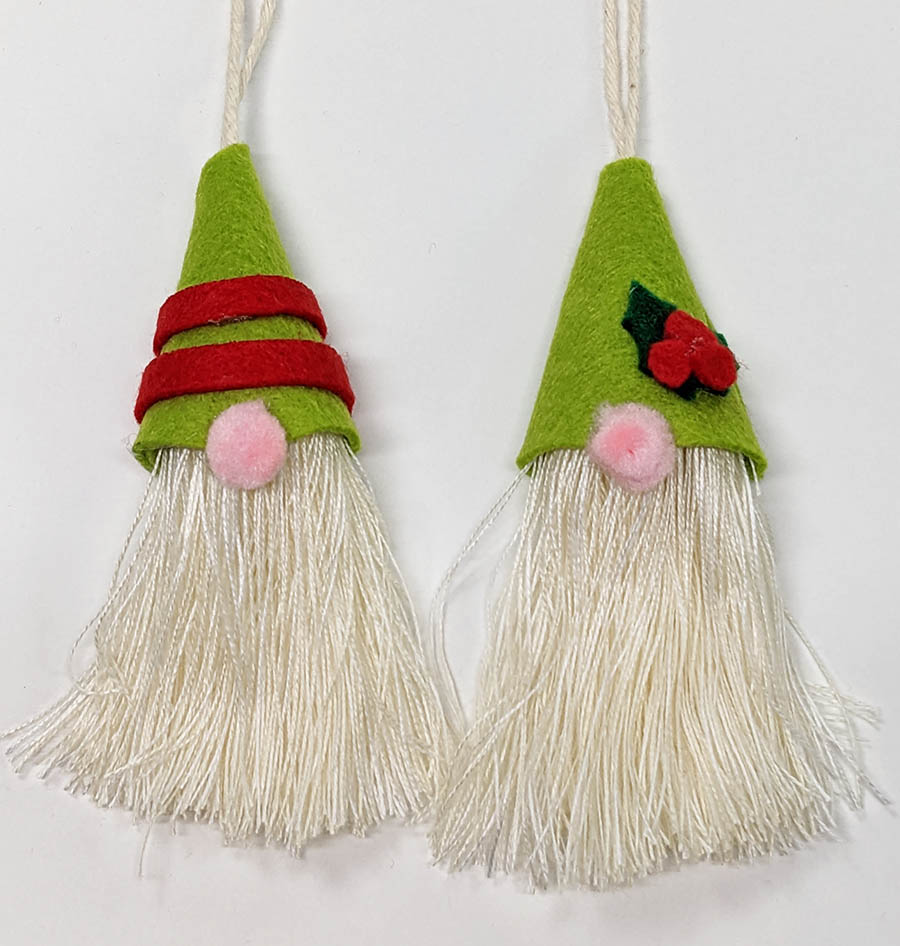 Position (1) ½” Pink Pom Pom on the front of each Elf and Glue in place, overlapping both the hat and the beard tassel.

Position (1) ½” White Pom Pom on the top of each Elf Hat and glue in place to complete each Elf Jingle Ornament. 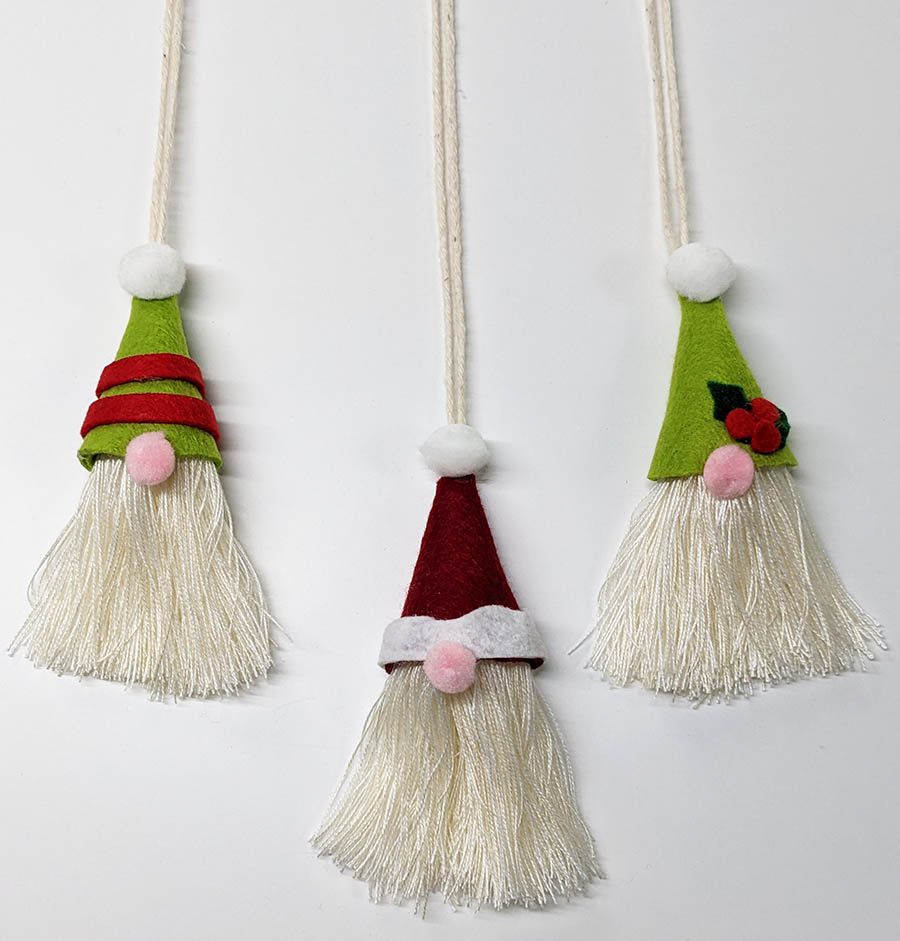 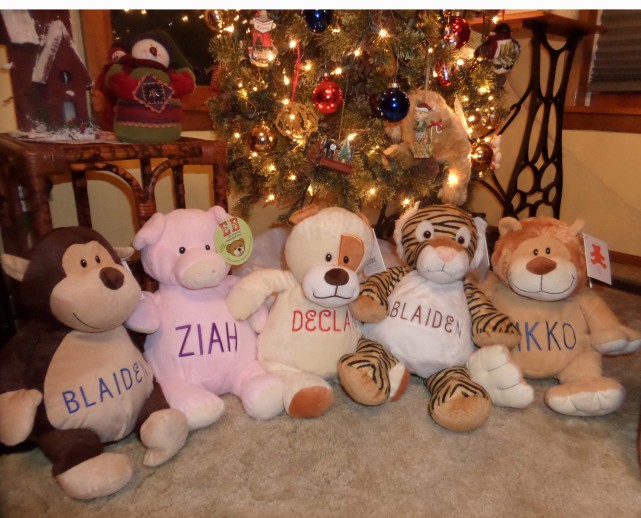 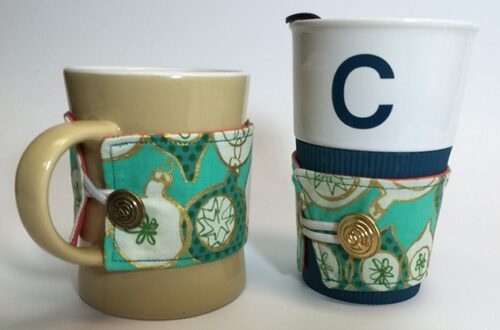