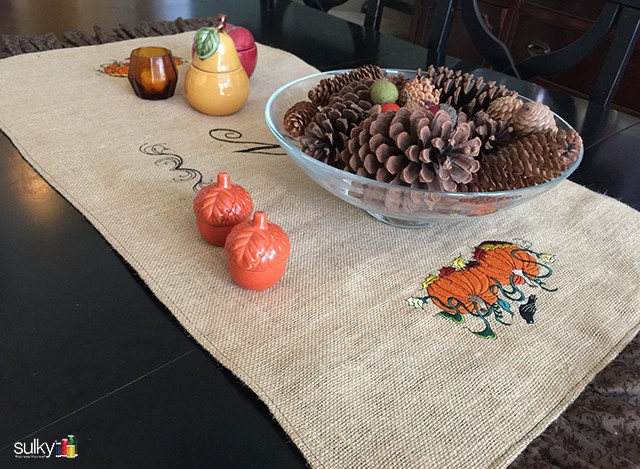 Not that you could tell by the temperatures outside, Fall is in full swing.

That means it’s time to make some fun Fall-ish stuff for the house (Don’t tell my hubby, he thinks we have too many Fall decorations as it is). I had some burlap laying around, and I wanted to test the boundaries of machine embroidery on burlap and the results are so cute!

I love my new table runner! Here are some tips to make your own: 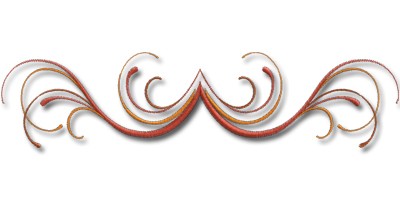 And this Pumpkin design from the Sulky Embroidery Club 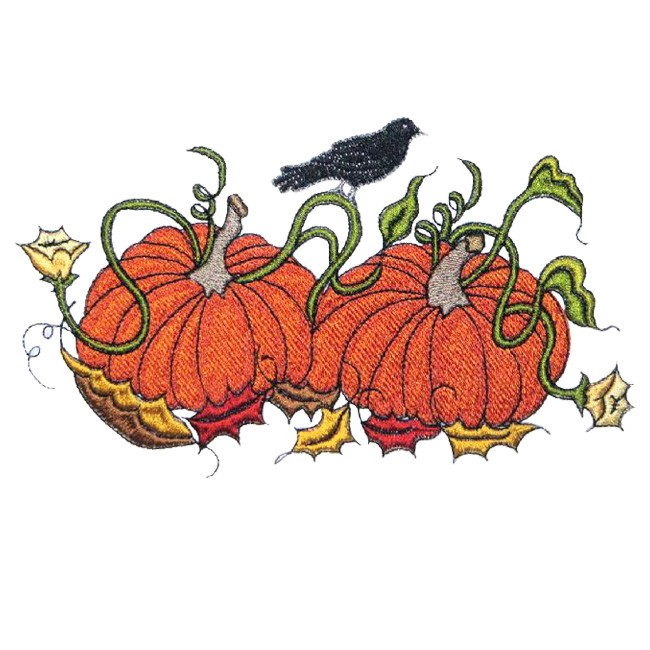 I ironed a large piece of Sulky Totally Stable® onto the back of the burlap to stabilize the burlap from shifting around too much and I used Sulky Heat-Away™ Clear Film as a topper. 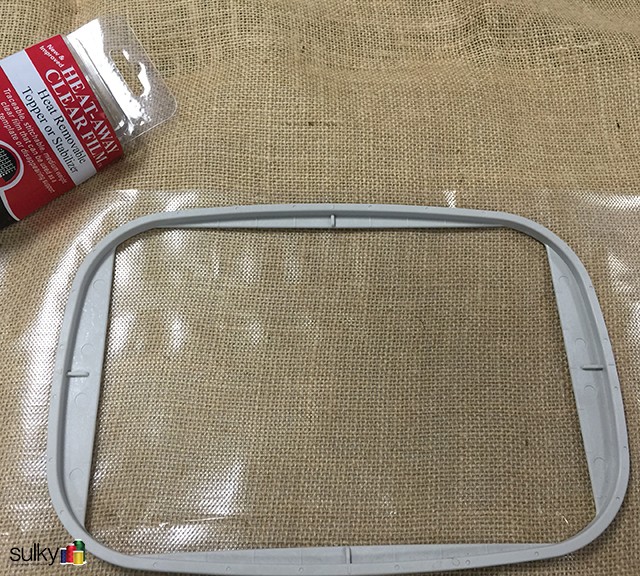 I actually hooped everything and it worked out fine, but next time I will probably just hoop a piece of Sulky Sticky+™, and then stick the Heat-Away and burlap together with Sulky KK 2000 Temporary Spray Adhesive and then stick the Heat Away/burlap/Totally Stable sandwich to the Sticky+ .  I would baste this in the hoop, too, because it would be essentially unhooped. 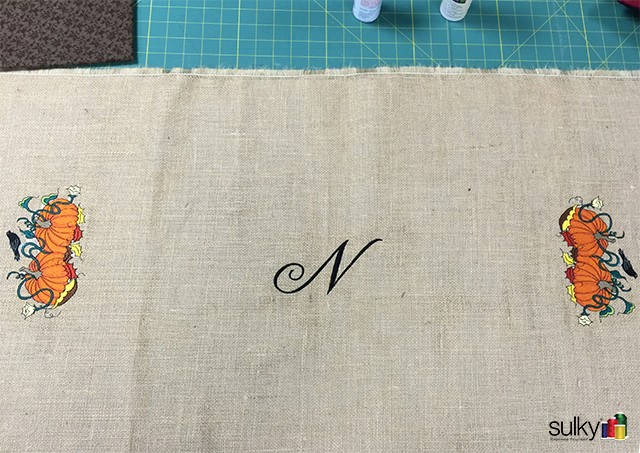 After I embroidered the ‘N’ and the Pumpkins on the ends, I added the scrolls on top and bottom 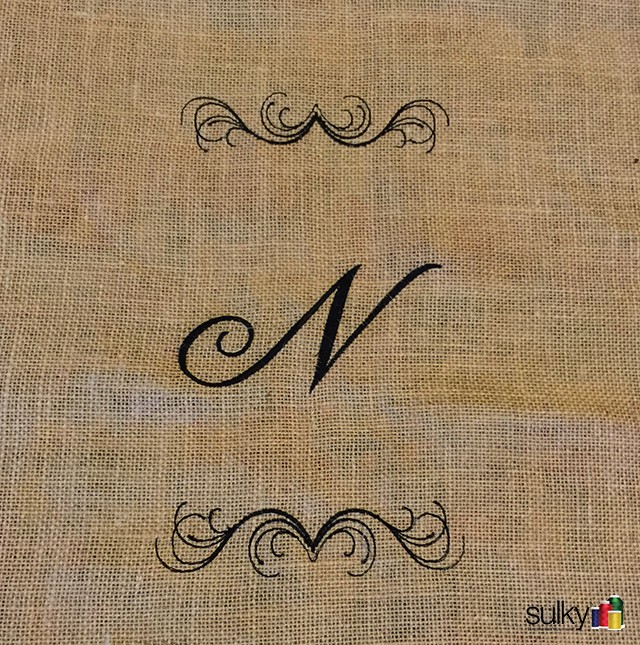 I left the Totally Stable on the back until I finished all the machine embroidery designs on the whole table runner.  (Wrong side shown below.) 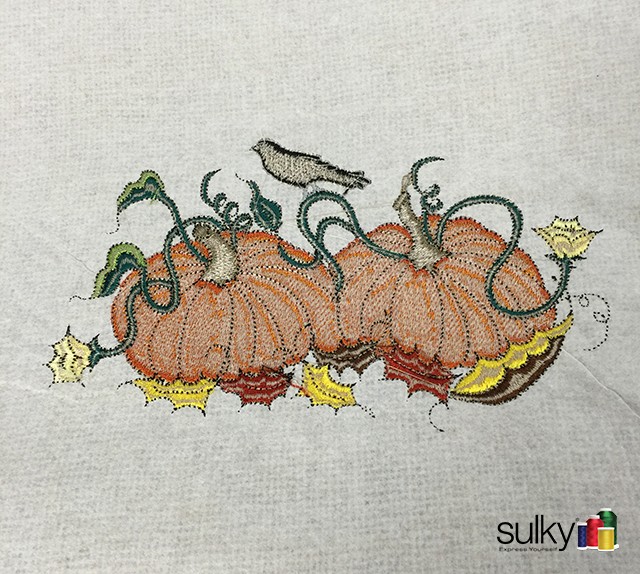 When all my embroideries were done, I decided to add ruffles on the ends. I took two 6″ strips x WOF (width of fabric) and folded them right sides together lengthwise, and sewed the ends with a 1/4″ seam. I clipped the corner to eliminate some bulk in the corner. 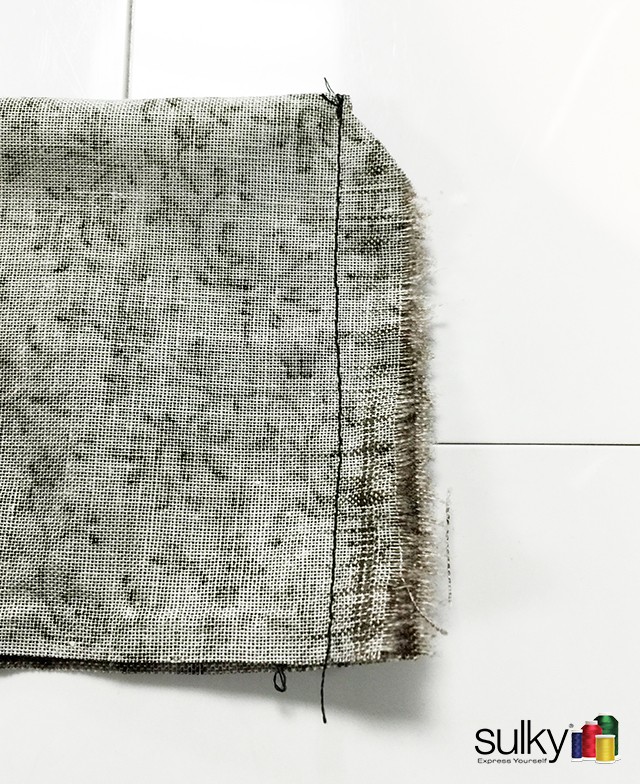 After turning them right sides out, I ironed the strips. I took a piece of string and laid it about a 1/4″ from the raw edge of the strip. 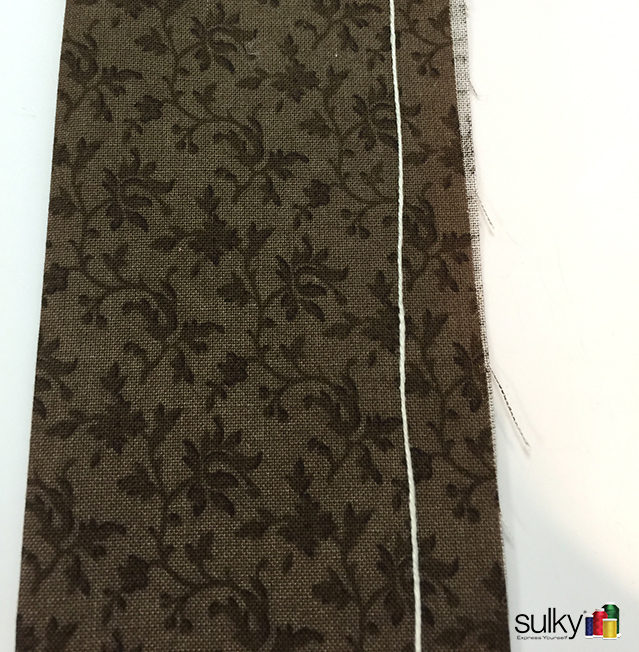 Then I zig-zagged over the string. 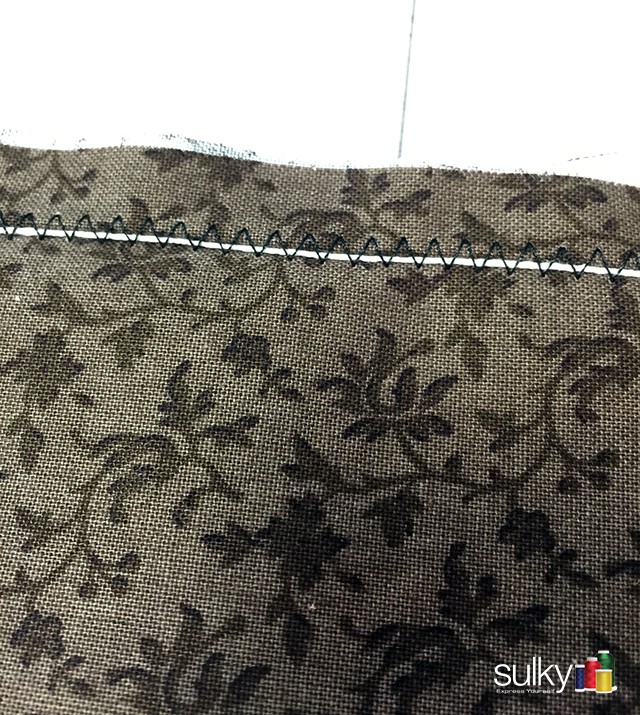 Now you just have to pull the string to ruffle the strip! It’s like magic. 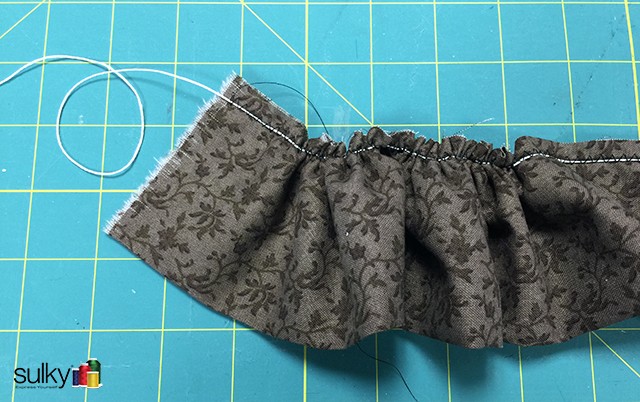 Once I made my ruffle, I clipped the ruffle to the edge of the burlap table topper with Clover® Wonder Clips and sewed it down with a 1/4″ seam. Be careful not to sew over the string so you can pull it out. 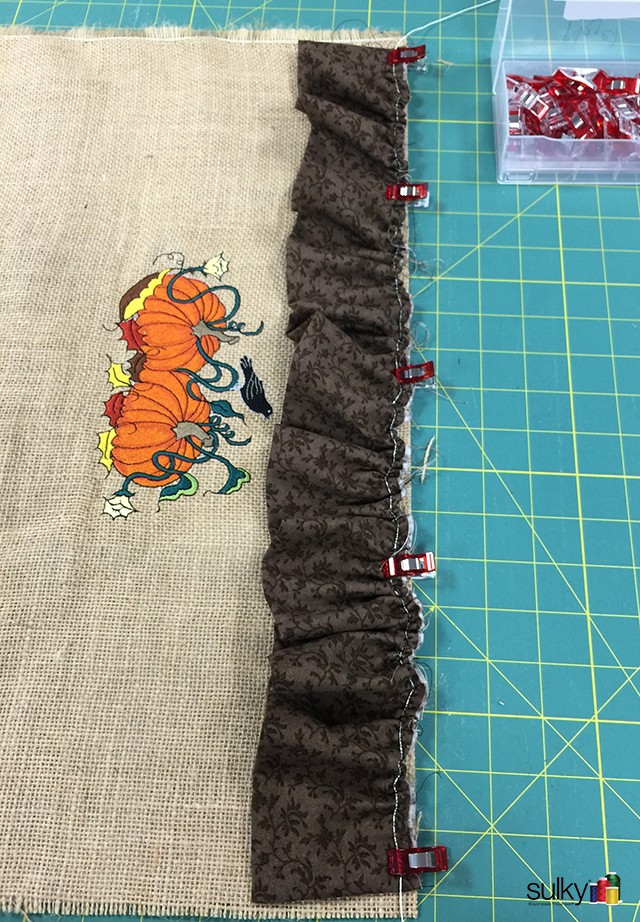 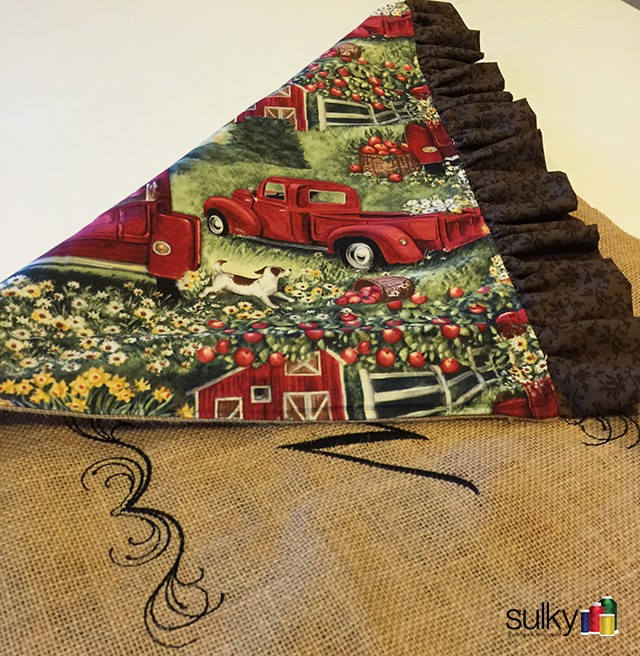 I top-stitched around the entire piece. 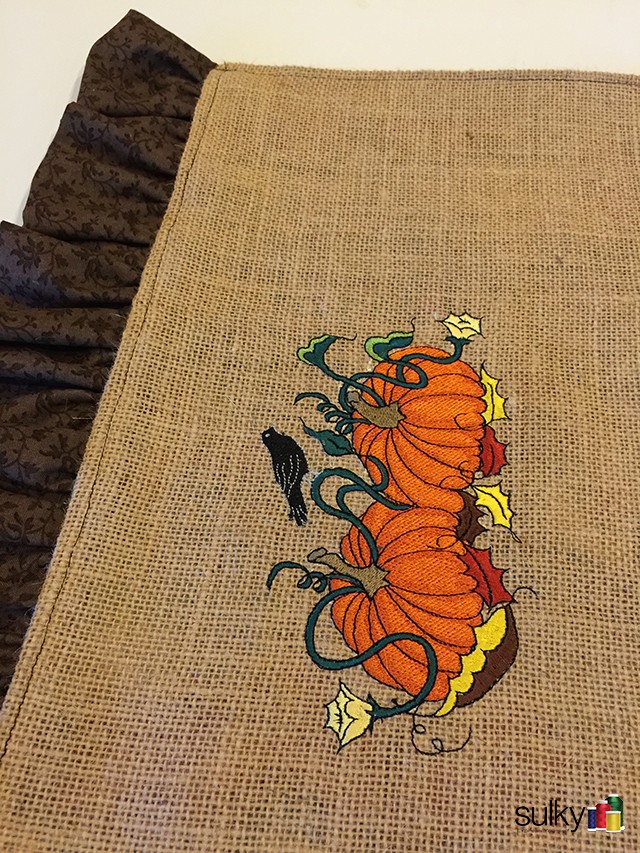 I love my new table runner! 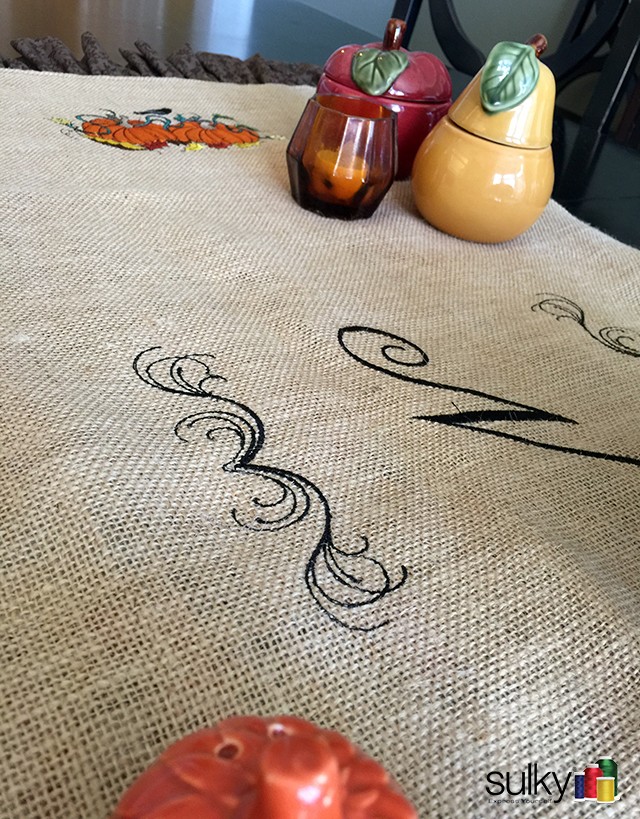 Now that I know burlap is so easy, I think I will make a pillow like this one next. 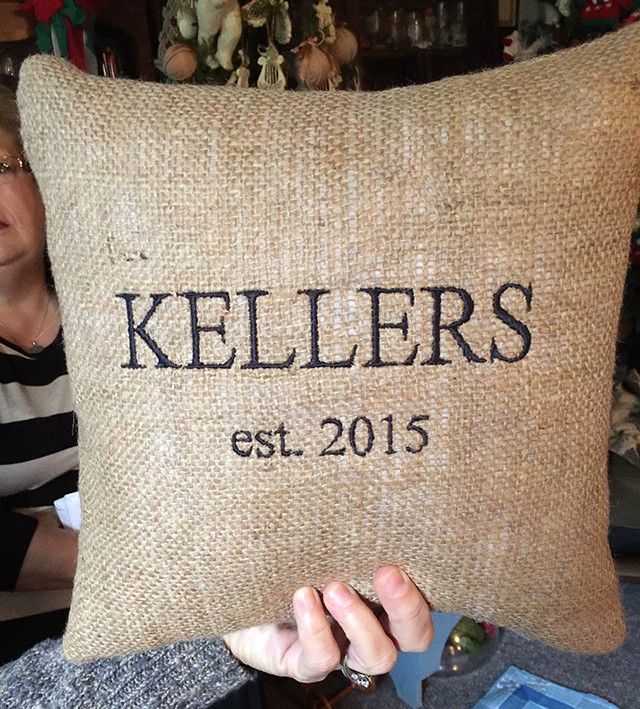 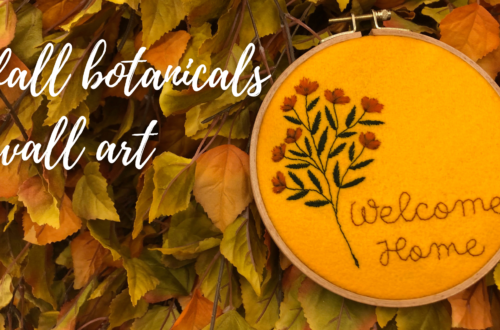 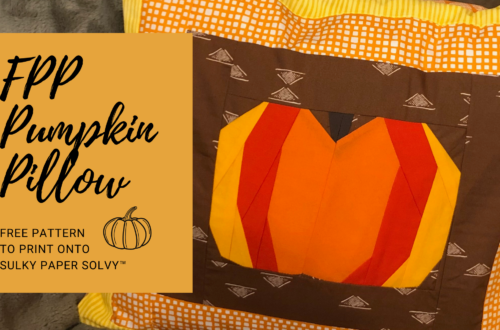